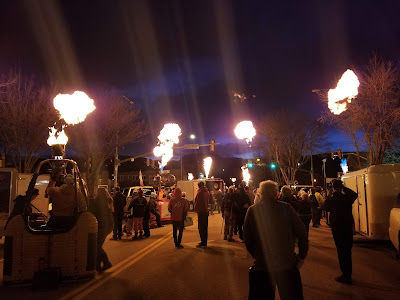 After our short hike, it was time to get ready for the night glow which turned into a candlestick (just the burners) because of wind and also another storm was coming in that would bring a light dusting of snow Sunday morning. It was still a fun evening though!

Always a fun time at a glow, even if the balloons don't inflate.
It was very cold though, thus my winter owl hat! 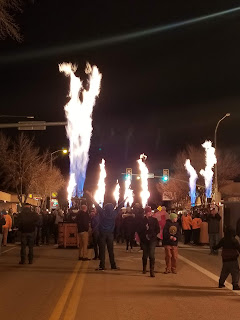 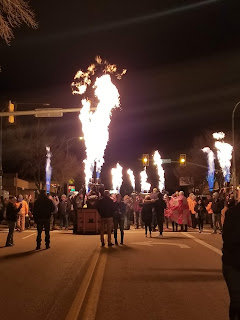 The fire went up so high on those burners there in the front. 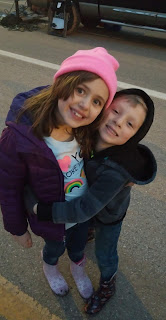 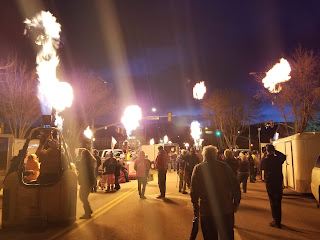 View from the other end of the street. I did like that instead of forming one long line of burners down the street, the pilots gathered their baskets like a covered wagon round-up almost, and everyone was a bit closer together for the most part. Was more impressive to watch I think, especially since it was just the burners going off. 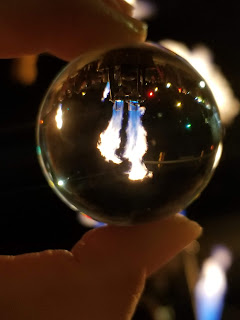 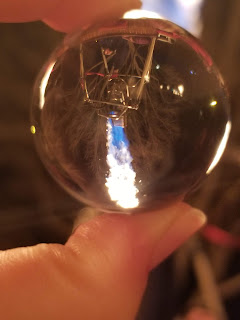 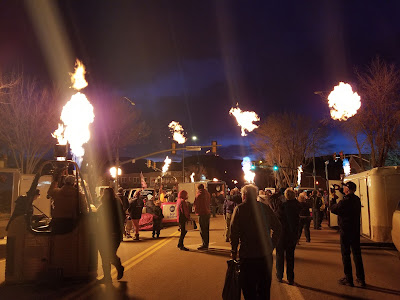 Time for the lantern glow! 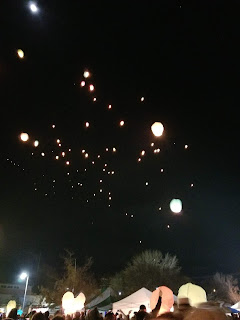 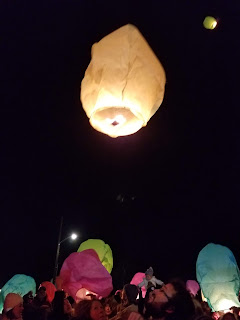 Judy had one lantern that she let James and Ella use. It was such a crazy time trying to find a lighter, take pictures, make sure my hat/hair didn't catch on fire so I'm a bit glad I didn't have to send a lantern off but it was really cool to watch and try to capture it. 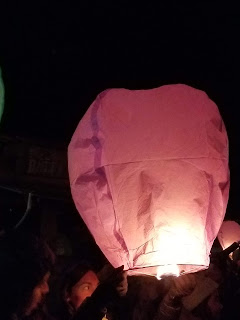 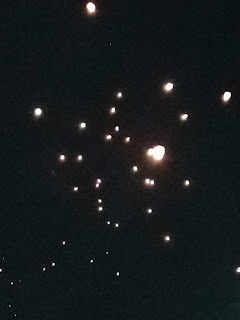 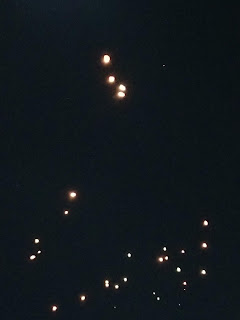 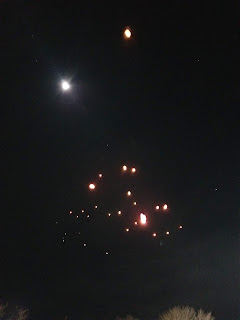 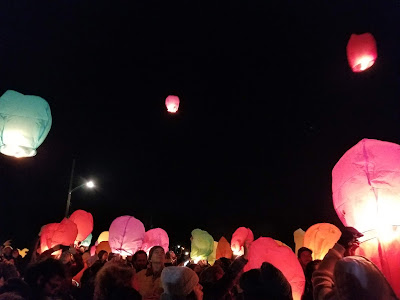 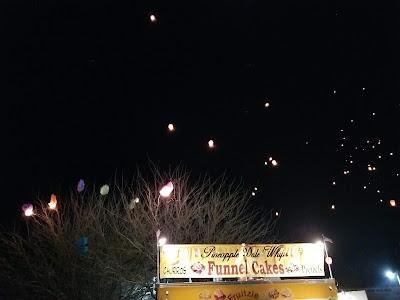 A lot of lanterns got caught up in this tree but surprisingly it didn't catch fire. Probably because of the recent rain/snow.
If you have not gotten to go to a balloon glow or lantern launch before, take an opportunity to check it out sometime!
Previous Post Next Post