One of the biggest worries that I had with doing the roof was getting the shingles ontop. I can't really have them delivered to the top because it is behind the house, renting a scissor lift and those latter lifts are too expensive, and there is no way I am caring them up by hand.  I have seen some DIY lifts on some youtube videos so I was going to give that a try.

My first attempt was a failer.  I was trying to use some old 2x6 lumber that I had laying around, but they were 8 feet long and I needed something at least 10 feet long.  I tried combining 2 pieces together but even without weight on them they started to come apart and it to heavy to move around.  So I scrapped that idea.

I got some new wood from the store and it looks like it is going to work out.  I am basically using two 2x4x16' and two 1x4x16' as the framing for the lift and then four 2x4x3' as support pieces.  This is a lot less heavier than what I had before and it looks sturdy enough.  The sliding portion of the lift was built out of scrap wood and some wheels that I bought from the store.  Then it is being pulled up by a wench that I got at harbor freight.  I have seen people use a power drill to operate the wench, but it requires to much torque so I have to do it by hand (I have an impact wrench, but there is too much give in the system for it to work). They do make drills for mixing paint and concrete that might work, but it is not worth it to spend the extra money on something that I am going to use on one project.  Maybe I could have gotten a wench with a different gear ratio, but it is what it is. 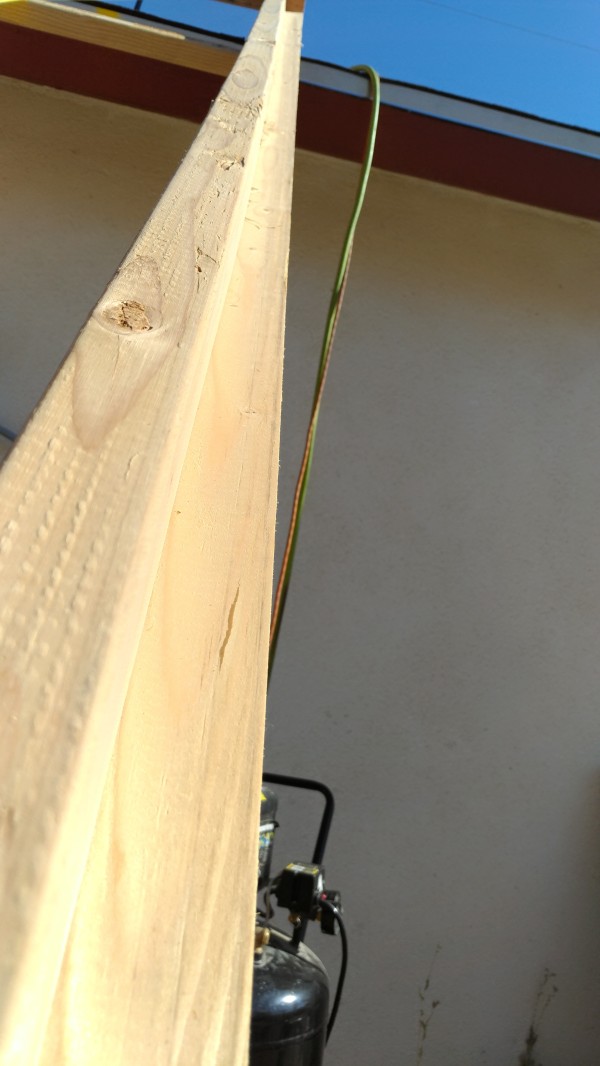 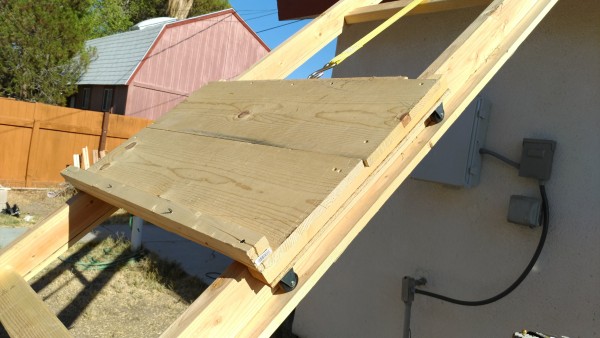 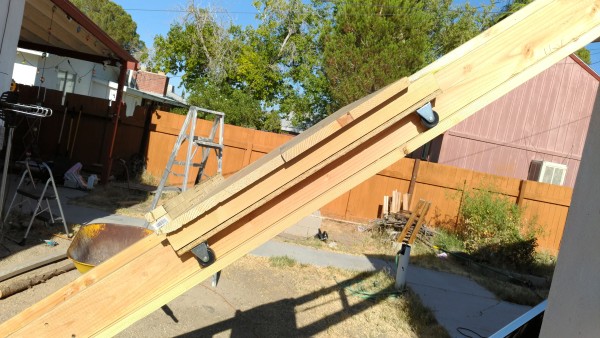 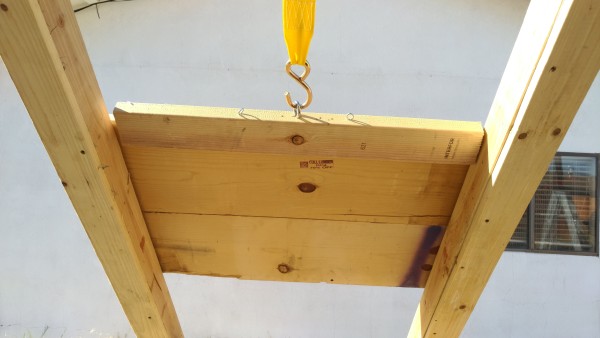 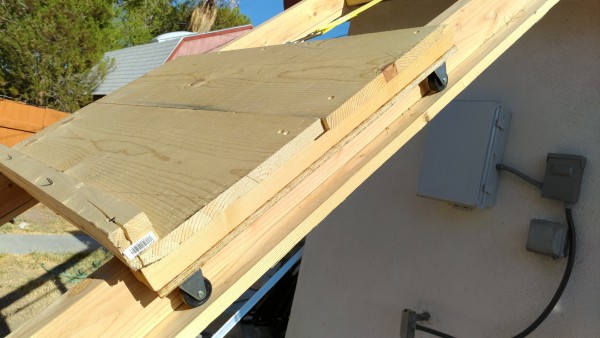 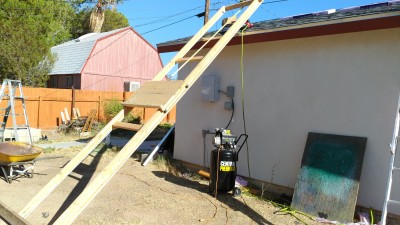