I turned on my solar panels and while they all checked in only one row was producing power.  I thought that this was a wiring issues, but if the wiring is messed up why are they not checking in?  I had a meeting with the person that sold me the solar about something else so I thought I would bring it up with him. Our solar array has two branches (one for the top and one for the bottom) and each brach has two hot wires.  It turns out that you only need hot wire 1 to work and both hot wires to transfer power.  Everything looked fine at the IQ combiner box so I looked at the connection at the top of the roof.  Nothing looked super out of place, but I redid all of the caps and boom all of the panels started working. 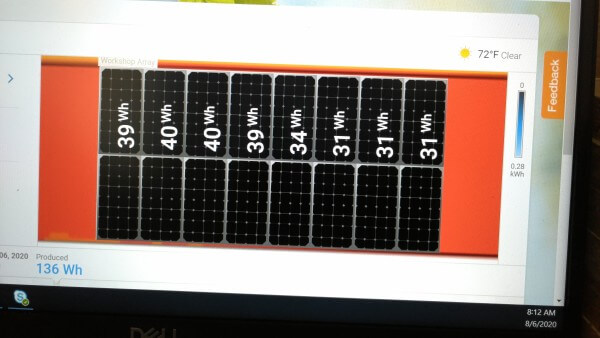 So the inspector found a couple of issues:

The stickers that they gave us came with thier own instructions and they had a lot more than what was in my permit package.  Although neither set of instructions had that we needed to put a sticker on the breaker that had solar.  This was an easy enough fix since I still had all of the stickers and if this was the only problem then I would be in buisness right now.

Issue 2 - Conduit Tap was not to code

Like I said in one of my earlier posts I thought that taping into the side of the conduid box would be against code, but I am still a little mistified to why.  The junction box on top of the roof didn't have any holes in it and I had to drill my own.  The IQ combiner box required me to drill holes in it to bring in cables, but this box I can't drill the same hole in and connect everything the same way.  Plus this box has a whole in the back for them to bring in a grounding wire and the wire I and from what I can tell I don't even have to put this wire in conduit to run it underground.  What ever it only took me about an hour to pull everything out from the breaker box and replace the box with one with three enterances. 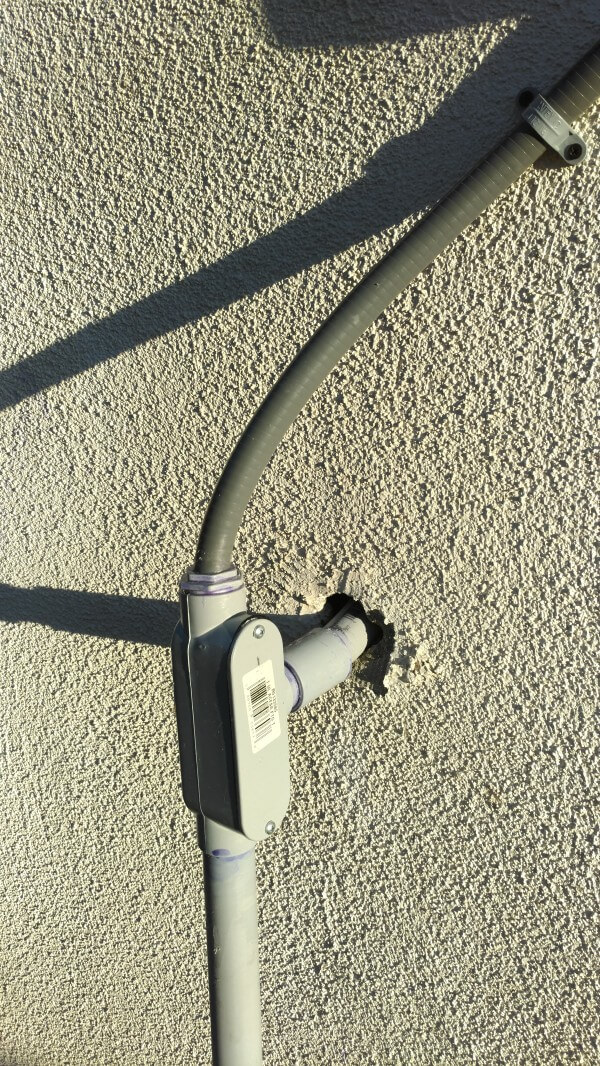 So my main service panel only has one grounding wire and I back in the day they just had to wrap it around some of the housing pipes.  Since then codes have changes and we now need two grounding rods to bring the grounding system up to code.  The rods are only $12 and it looks easy enought to do if I can find an open grounding port on my panel although I am going to have to rent a tool from home depot to drive them into our clay ground so it might cost less to have someone do it that already has the tools to drive in the rods?  Either way I have bigger issue to think about than this one.

I made a rookie mistake.  My main breaker is a two pole 100a breaker, but I saw the two 100a breakers tied together and thought it was a 200a breaker.  So my wiring diagram is all messed up.  Since I used that solar design tool website I would have to redo everything and pay the full $80 again to get a new one made, but we paid that $300 to wholesale solar and they will redo the wiring for fee so haza for us.  After getting the new wiring diagram back it looks like we just have to switch out the main breaker from 100a to 90a (so we dont overload the main bus on the serive panel) and we will be good to go.

While searching for a new main breaker for our panel we found out that we have a Zinsco panel which is old, frigile, and prone to failures; to the point where some people online were saying that they could not get insurance because they had these panels.  In fact while talking to a friend down the street who got solar a while ago, he said that the solar company they went with didn't replace their main panel and within 5 minuted of them turning on their solar the panel was smoking and sparking. They have the same size solar system as us and our houses where built at the same time.  I think they they have A/C and maybe a little more energy usage, but hearing that convinced me that in order to finish this job right that we needed a new service panel. Luckily I have only tested our solar our in the mornings when our solar production was low and maybe it would not be a problem for us, but that is not a risk I want to take. Unfortinatly replacing the panel is way above my pay... if it was our subpanel I would try doing it myself, but not the main panel.  Depending on what we get the over the phone estimates where $3K which is 1/3 of the solar system itself :-( 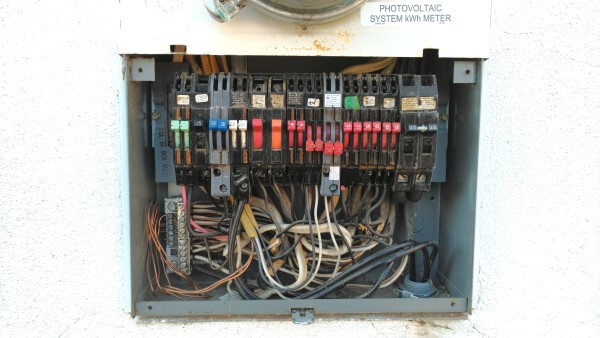