Getting the first solar panel on was a little dificult.  One of the reasons why was because I was working by myself and it wanted to slide off the rails.  I got it on a little bit after dark but it looked a little wonky.  The next morning I did some measurments and it was off so I straightened it as best as I could and started to hatch a plan to make everything easier to do.  I ended up getting a piece of 2x6 and cutting a 18.5 degree (same as the slope of my roof) angle in the 2 in side.  This made it so I could put it on the end of the roof and clamp it down which gave something for the panels to rest on and a straight edge to work with. 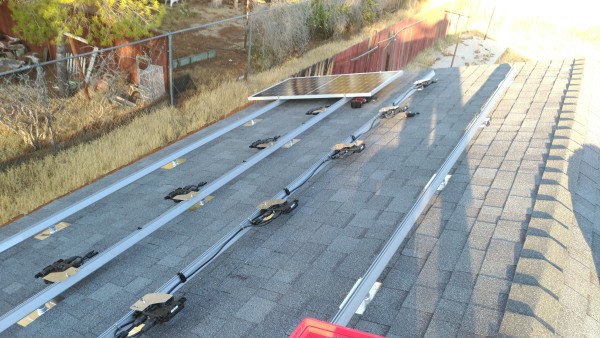 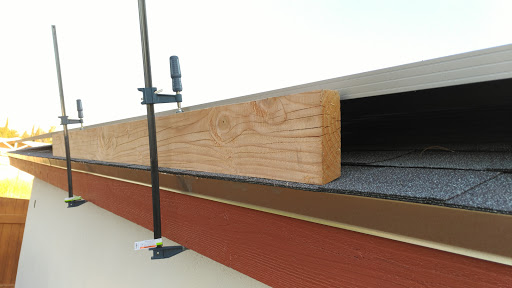 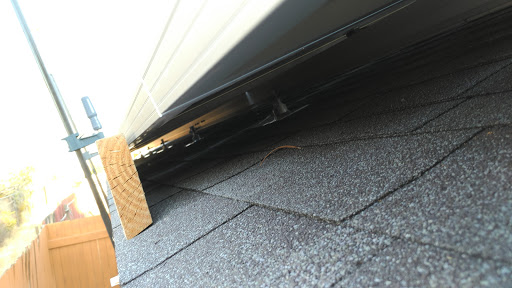 With the 2x6 up everything went super smoothly with putting the rest of the panels on.  I could actually lean the panels up against them and work with the wiring underneath it.  Like with the other wiring this had to end up being off of the roof when the panels where laying down.  To do this I used zip ties.  I did have a bunch of clips left but they keep on slipping and coming out of them.  If you where buying everything yourself I would skip the clips and just do everything with zip ties. 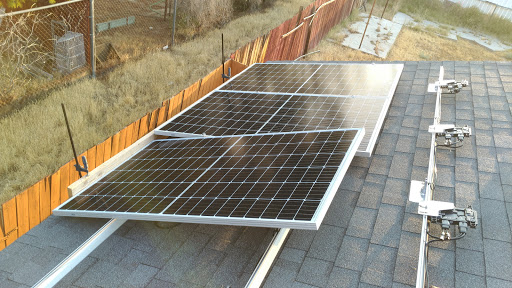 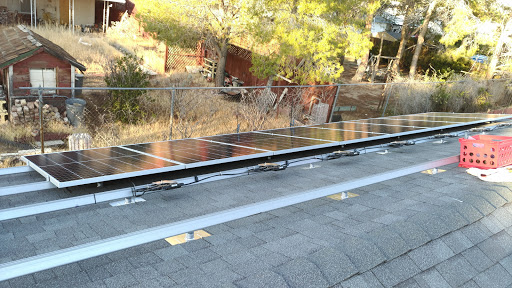 Doing the top panels where perty easy to do.  The only issue I had was my that my top most rail was more to the right than the other ones so the first panel was hanging off of the rail.  So I had to remove the panel and shift the rail over.  In hindsight I should have used a 2x4 or something to make sure all of the rails where lined up properly before putting on any of the panels. 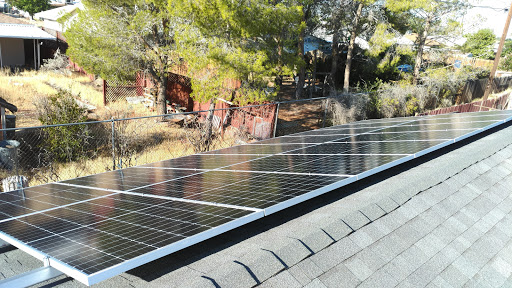 The other thing to not is that I used the shingle lift that I built to get the solar panels ontop of the roof.  This made it super easy to get the panels up on the roof by myself.  I would recomend spending the $60 to build that even if you are just doing the solar and not needing to haul up the shingles.  Also I didn't want to keep screwing in the clamping screws on the panel and then taking them off so what I did was put the first two panels up and then screwed down the first one then when the third panel went up I would just screw down the ones between the second and third panel.  Then if I had to stop working for a while I would use clamps in place of the outside screws.