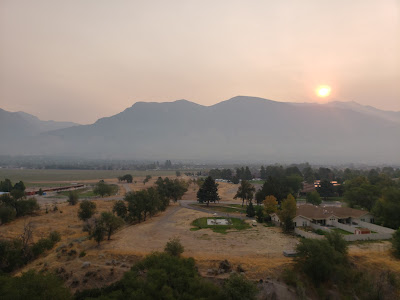 It was a early and smokey morning...seriously. Labor Day in Utah was super smokey! It all cleared out with an insane windstorm on Tuesday but gosh...going up in a hot air balloon after helping it get set up for our friend Erica, had quite the view in Lehi. 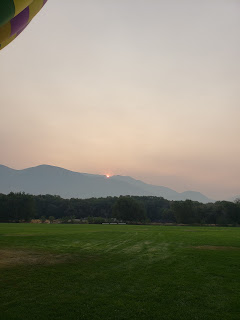 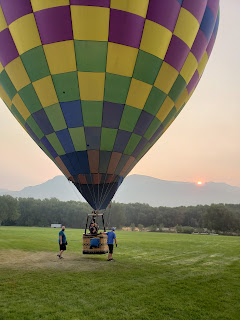 Tony went to crew for Peggy ( a pilot friend from CA ) as well after helping Erica. Tony is the best! He let me ride and was willing to be chase crew. 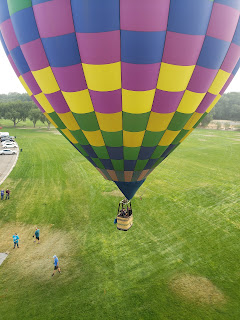 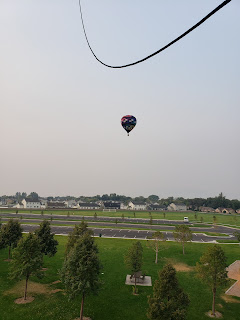 All these shots are of Peggy in her balloon. she had another crew/pilot, Heather, from St. George who joined her in the basket I think. There was also another pilot who showed up with his hot air balloon but he flew a lot later than we took off. 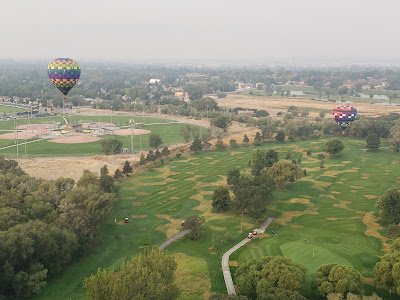 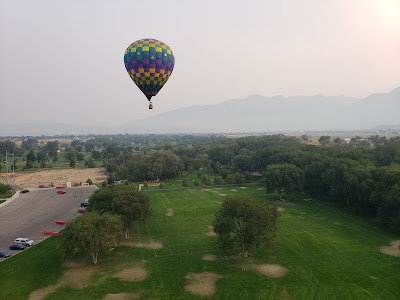 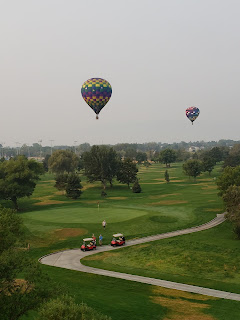 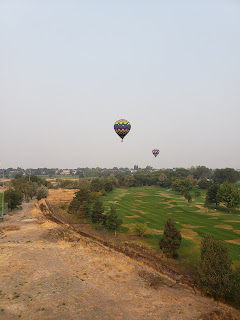 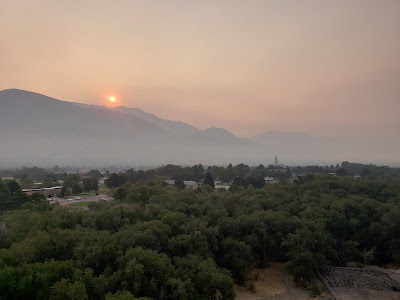 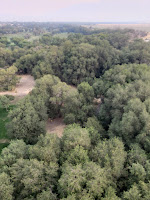 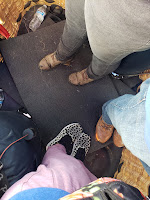 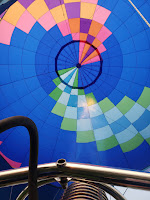 Viewing the top of the trees near the golf course.
Our feet in the basket. Erica took up me and her dad Victor. Such a nice family!
Looking up inside Erica's beautiful balloon. 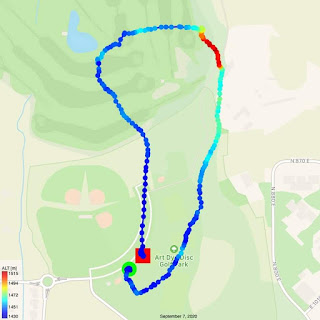 Landed back where we started pretty much. It's always so cool when this happens! 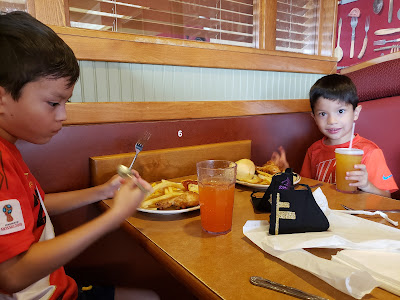 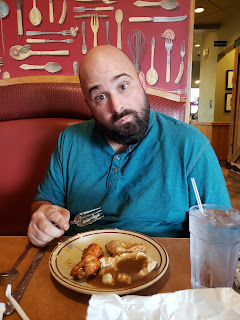 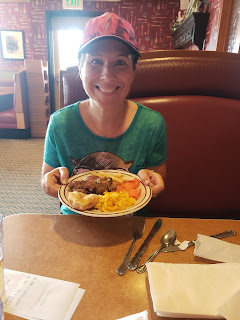 Took Riley and Reese to Chuck-A-Rama thanks to a deal from LocalFluence. It was perfect timing because Riley had told me he wanted to go to a buffet with us. I just love these kids so much. Despite the slight changes to the way things were done, we were able to enjoy trying various foods available. 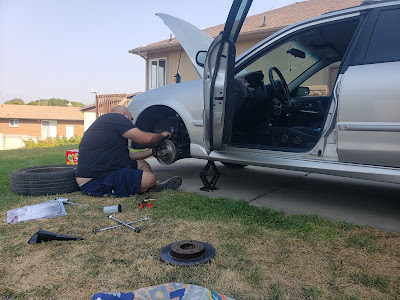 Bless his heart, Tony working on the front brake of the Mazda. We bought the parts at Auto Zone/ O'Rielly's. I was pretty sad though that this project ended up taking so long because we had planned to go out to the Dugway Geode Beds and then I changed it to be the hot springs as our time grew shorter and then it just got too late to do much of anything. So sad. But so grateful that the Mazda could be fixed and not have to pay to get it towed somewhere and the labor. Saved a lot of money! 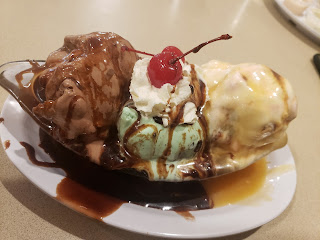 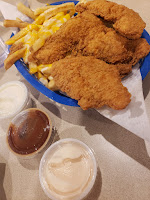 We ended up at Leatherby's in Draper for a late dinner. Got to see Tony's friend who works there and chat with him a bit. It was a great meal and way to wind down the day.
Previous Post Next Post