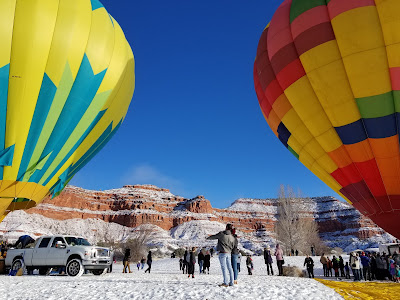 Day 2 - Saturday - we woke up to SNOW! We had heard it might snow and sure enough, there was at least an inch on the ground by 6am when we woke up. Okay, Tony woke up and got up. I didn't really wake/get up until around 6:30. Pilot briefing was at 7:30 but we wanted to get some breakfast by the lobby in the hotel we were staying at beforehand. So...this was new. I have never been to a balloon festival where there was snow. Made for some good pictures though! 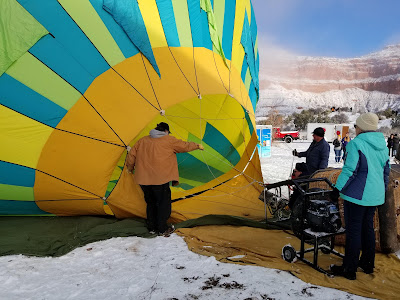 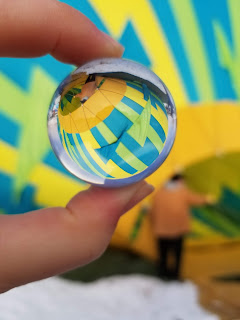 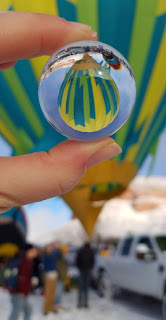 So you may have guessed by now...nobody was going to fly today.
However, a few pilots did inflate their balloons so we could take pictures. Our pilot did not inflate so I had plenty of time to take photos. My hands got super duper cold but other than that, it was some good time spent outside in the fresh morning air. 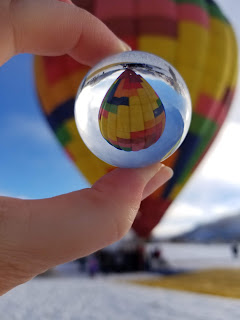 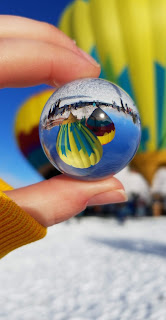 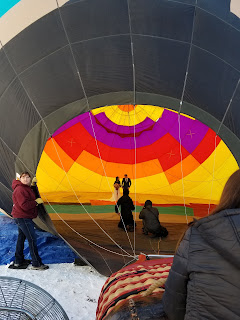 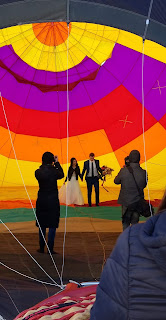 This couple was not really a couple, just models. But how fun are these shots!? 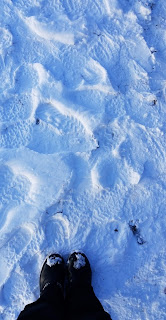 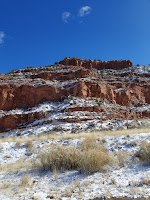 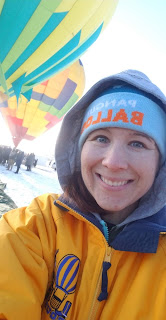 It was fun to get pictures in the snow with the balloons and the red rocks in the background. This is something I've never experienced ever since I started crewing for balloons back in..2011 or so. 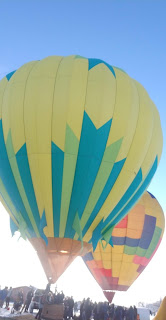 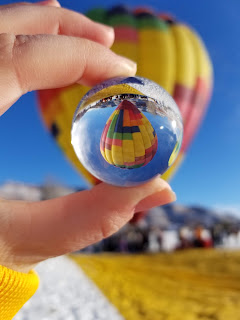 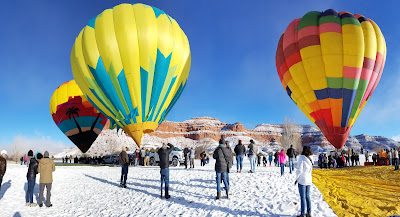 Nice panoram picture at the golf course. Thanks to Judy for the idea to take a photo this way. 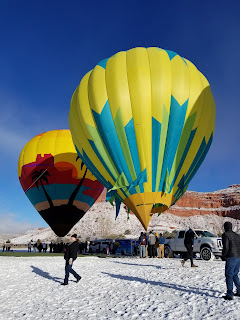 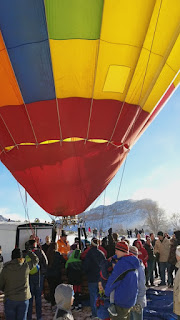 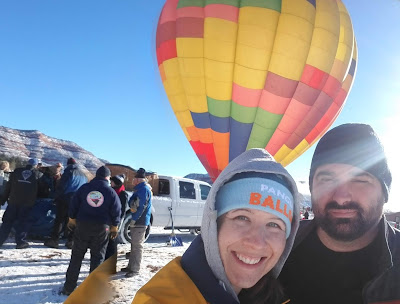 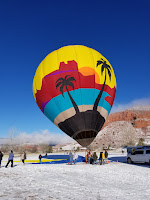 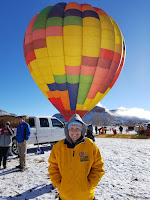 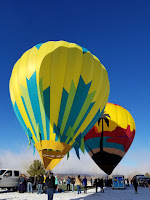 Here are some more fun shots from the morning 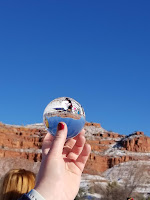 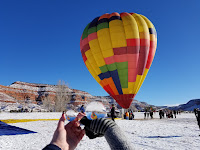 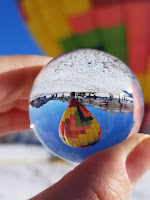 Found a lady with a glass ball a lot bigger than mine and had some fun comparing the differences.
Previous Post Next Post