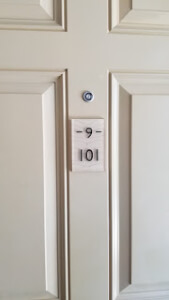 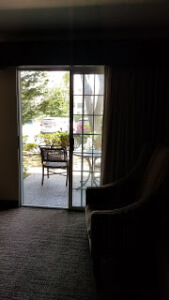 As promised, here are the pictures of our room. It was nice to have a little patio area to get our belongings to and from our car without having to use our key card to go through the heavy gate each time. Oh, and parking here was free. So nice to not get charged for that! 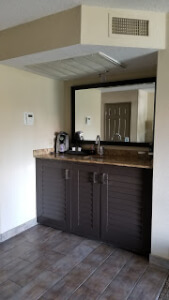 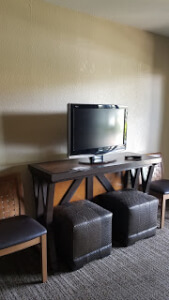 Front room had this little bar area where we used our crockpot and they provided snacks for us. We could get snacks or hang something on our door by 2am and they'd give us a $10 food voucher for the restaurant instead. Interesting way to do things. The prices in the restaurant were meh so we opted for the free snacks instead. 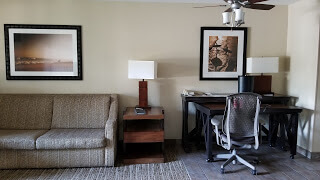 That desk on the right was cool because the smaller one pulled out from the bigger one and you could roll it wherever you wanted it. 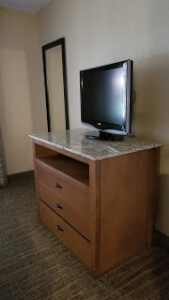 TV and full length mirror in the bedroom. Loved that mirror! 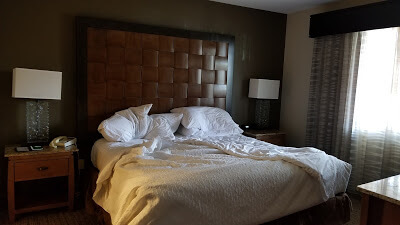 Cozy bed with nightstands on each side. The phone was dead however, we found that out when we tried to call the front desk. They never brought us a new one. Oh well. 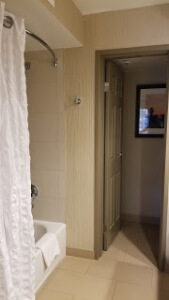 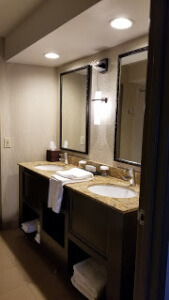 The second bathroom (attached to the bedroom). This bathroom had a fan. The other bathroom didn't. 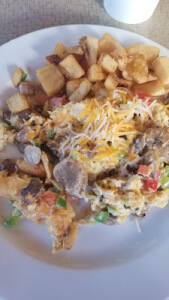 One last meal before we left. This was a built-to-order omelette. Pretty tasty. 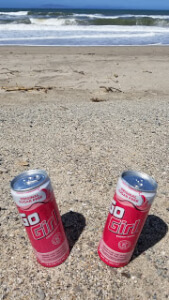 Photoshoot on the beach with GoGirl energy drinks since the company was soo nice to send me a whole case. Wowee. That was an exciting package to get in the mail! I believe my friend Emily gave me this hat forever ago and I've hung on to it ever since. Nice to be able to wear it in some of the pics.

Oh Tony...pretending to be on his phone again 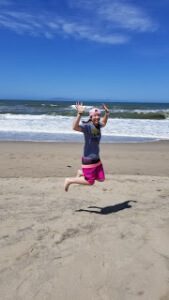 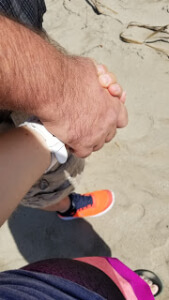 Excited that it was a bit nicer of a day weather wise! Not as windy, still cool but not terrible. 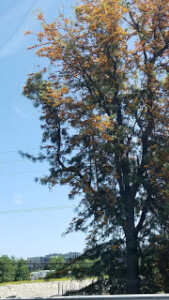 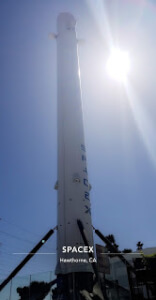 After walking on the beach for a bit, hanging out in the hot tub and tanning on the lounge chairs around the pool, it was time to go. We had a couple cars to go test drive on the way home and a possible stop at Six Flags.
The car/s we looked at were a bust - one we could not even find. We found the lot but nobody answered the phone # in the Craigslist ad and the lot didn't even hold the car we wanted so we quickly moved on. The next car, we drove, it was great, until we heard some issues and we ended up not taking it to a mechanic after all. I felt bad but no need to spend money getting it checked if you find issues right off the bat just driving down the street.
No Six Flags because apparently they close at 6pm so we ate Peruvian Food around Santa Clarita instead. It was pretty good. I've had better but it wasn't too shabby. The sliced bread was a nice touch. At another Peruvian restaurant in CA they gave us breadsticks. So different than what I am used to getting in Utah.

Then we went to Target, Tony was tired, it was *my* turn to drive so I made a pit stop for a bit and scoped out some things. The long drive home is never fun but I'm glad we were not killed on those one lane each direction roads. At night it is especially scary.
Overall, a fun time on this trip, I'm so glad we were able to go together!
Previous Post Next Post