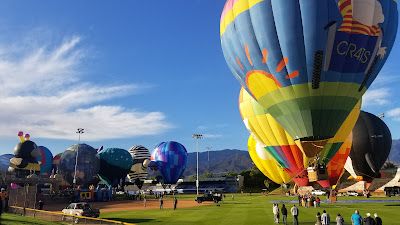 Our morning on Sunday started out so early! 4:15am, Dave and Kim started getting up and ready.  They were so kind to share their hotel room with us. I got up at 4:45am and we were out the door about 5am to head to the ball fields for tethering, static displays, pancake breakfast and balloon yoga. 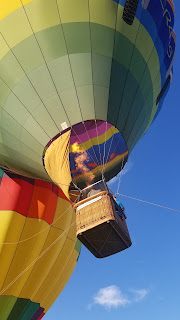 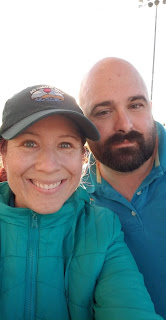 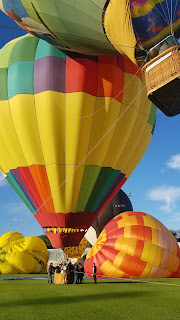 Our early morning balloon faces.
I did not take a picture of breakfast. Let's just say, I'm glad I didn't pay for it. Bacon, eggs, pancakes and OJ but not as good as you might be picturing it.  People paying admission got 'free breakfast' though along with coffee if you wanted it. Bummer there was no hot chocolate. I will have to remember that for next year. 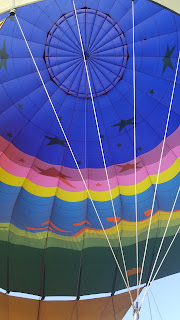 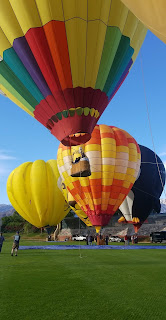 This is the festival where last year Kirby Heyborne came out to film for a show called
Making Good.
That episode, in case you did not get to watch it, is right here. 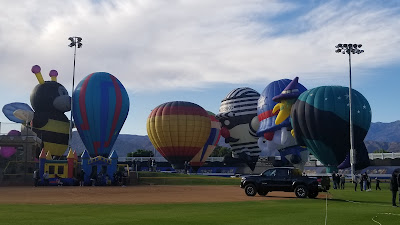 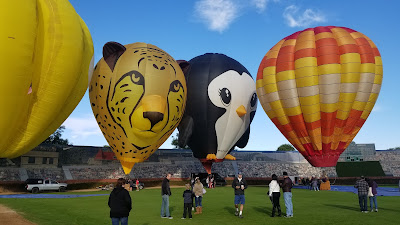 After a bit, I was able to go walk around and get some pictures of other balloons set up on the other side of the field and do some exploring. 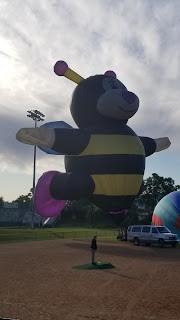 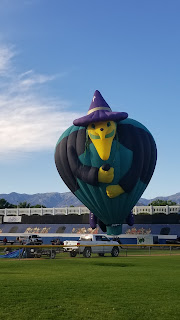 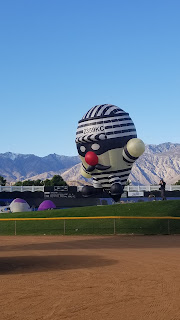 Some of the special shape balloons that were there Sunday morning.

Balloons were not able to fly Sunday morning because the winds higher up would have pushed the balloons a direction they could not go - towards the mountains. So many balloons just did a static display instead. 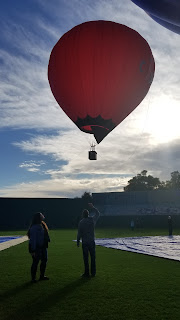 Gotta love the mini hot air balloons. So cute! Maybe I will own one someday. 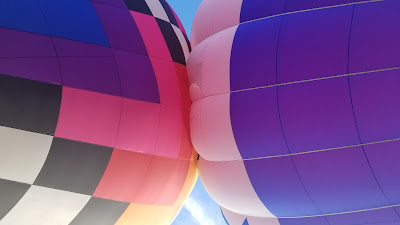 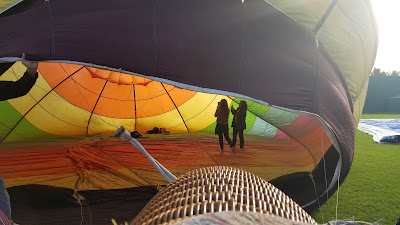 At the balloon for the yoga. Just to scope it out and get some pictures.

Happy Sunday!
Representing Lake Skinner on my hat from earlier this year at the Temecula Balloon and Wine festival 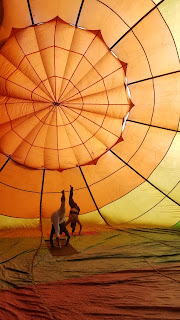 A couple people doing yoga inside the balloon.
Smelled like feet. Very stinky. But good for pictures. 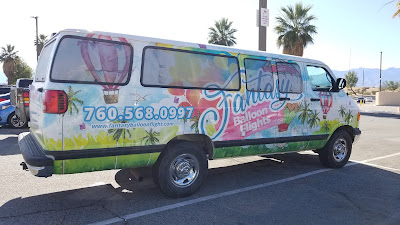 After the morning events were over, we went to the hotel, packed up and headed to a casino for a buffet brunch/lunch. Very fun. Awards were given out, some information about the festival and just able to mingle and chat with other pilots and crew who were there.Considering how things went last year, I'm glad we got to attend this festival again. We'll see if we are able to go back in 2020!
Previous Post Next Post