The shed is about 750 square feet  of roof space so it is going to take about 23 bundles of shingles to cover it all.  In the 3.5 hours that I worked today I only did 2 bundles, but I ran into some problem and still needed to do some prep work.

Before doing the shingles I had to install the drip edge on the eaves.  This part didn't take much time as I just had to trim off the underlayment that was overhanging the sides and then nail down the drip edge.  I just nailed down the lower section first then went up to the top to put a nail in the top section (making sure it was flush against the edge) and then did the center nails.

After the eaves I had to do the starter strips around the edges.  When I got the starter strips they looked weird and I couldn't figure out how to install them so I google it.  It turns out that you have to break them in half along a perifiated line before installing them.  I am guessing they do it that way so that the package is the same dimensions as the shingles.

Now to the issue that I had, after putting down some shingles I noticed that the ones that I had were reversible.  For some reason both sides of the shingles had the design on them and there was no back.  Well after looking closer it turns out that they come in stacks of two with both pieces being back to back.  I am guessing that they do it this way to keep the tar on the back from sticking where it is not supposed to while it is being stored.  Anyways I had to take those off and start over (no wonder I was going through the bundle so quickly).

After I had the prep work done and worked through the errors of my ways it started going relatively quick.  This might be my hubris speaking, but I am planning in doing 4-6 bundles tomorrow morning.   This would put me at 4-6 days to finish the project.  In actuallity it will probably take me twice as long because on the back side I have to do the shingles and solar footing at the same time so it will add an extra layer of complexity. 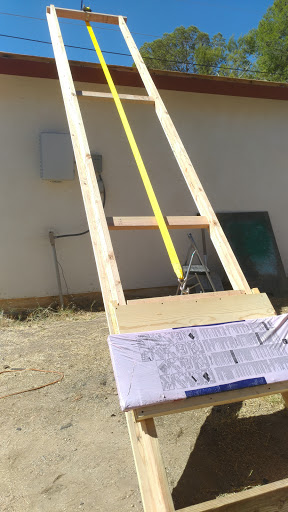 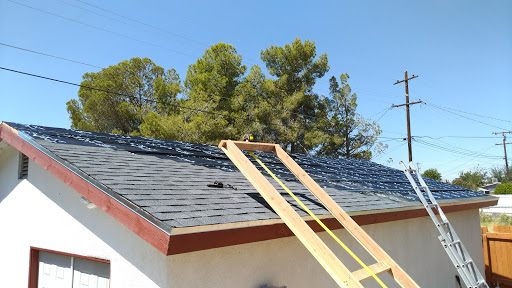 Last night I had some extra time after the heat of the day and before the sun went down. I was out for a little over an hour and I was able to do three full bundles of shingles.  I am guessing it is going to be one of my faster paces because it was just an open roof with no obstructions.  This morning I was out for two and a half hours and did four bundles.  I think it took a little longer because there was a lot of ends that I had to cut to finish the row.  I did notice that it was a lot easier to cut at the end of the day when the shingles had heated up, so I will probably save that to do before I call it a day next time.  I would say that 2/3 to 3/4 of the north side of the roof is done so I hope to have it done between tonight and tomorrow morning. 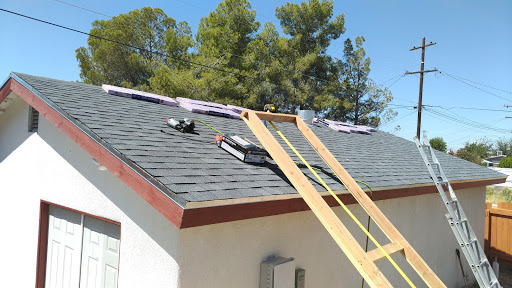 It has been a couple of days since my last update, but since the work week started I have only had a couple of hours in the mornings to do any work.  I am sure the neighboors will be happy when I am done and they don't hear the airgun going off at 6am in the morning any more.

So far I have only done one of the railing systems (the 2nd one will go up tomorrow), but it wasn't that bad.  My first pilot hole was a little off even though I measured everything a couple of times, but other than that going from one hole to the next one was just measuring out 4 feet.

When I did the other side of the roof I kind of went up in a triangle  pattern starting at the bottom, but since I am doing the rail I am doing the shingles from side to side like a dot matrix printer.  Also I am doing chalk lines every 2-3 rowes to make sure everything is parallel to the roof edge when I am doing the rails.  This is taking a little bit more time to do, but better the extra time than wonky rails.

Also if you are doing your roof invest in some gloves for when you are trimming the shingles off of the edges.  I don't know why it is happening on this side of the roof and not the other, but I have slipped a couple of times while cutting and given my thump some shingle rash. 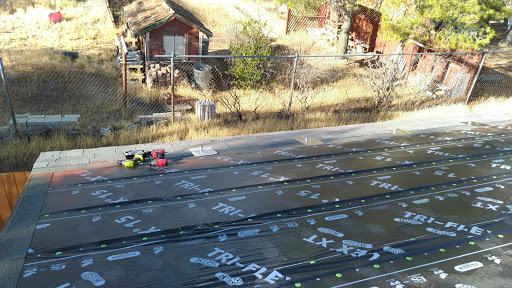 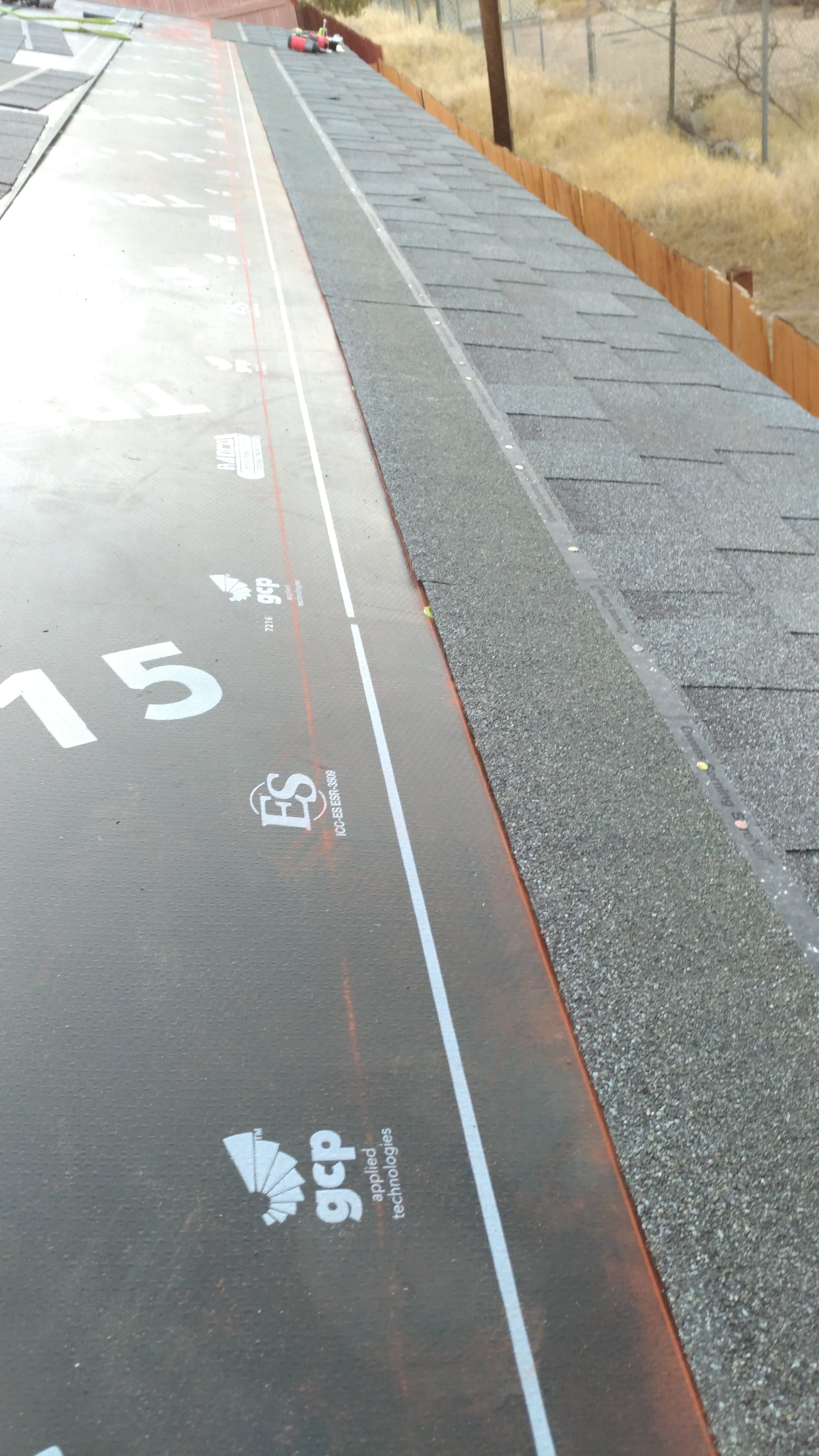 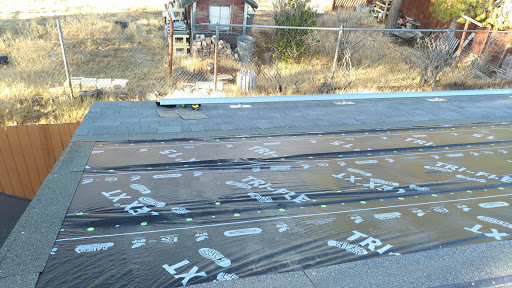 I finished putting in the rest of the rails and finished the roof.  Nothing really interesting happened with just more of the same stuff.  After finishing the roof I put on the ridge caps.  This was easy enough to do with folling the basic directions on the box. I do wish that I would have snapped a chalk line for this though.  It seems easy enough to get straight, but it is not!  It does not look horible, but it could look better.  We didn't go with a ridge vent because we already had a really nice turbine vent that we could use and from what I could read it seems better at pulling the heat out of the roof when I breeze picks up and it is nothing if not windy here.  Also someone said it is nice because you can cover them up in the winter so not as much heat escapes. 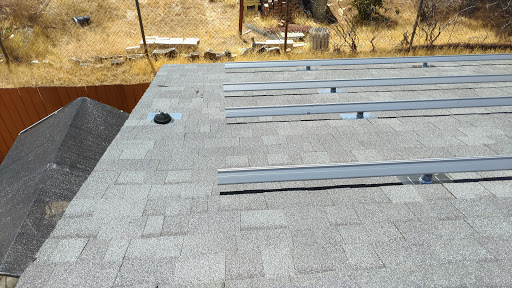 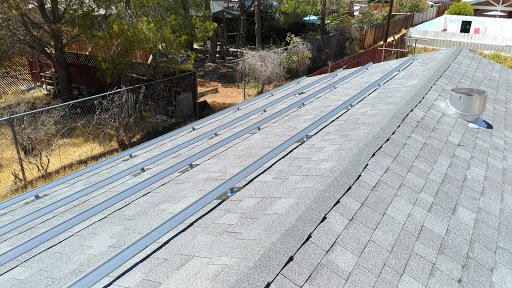